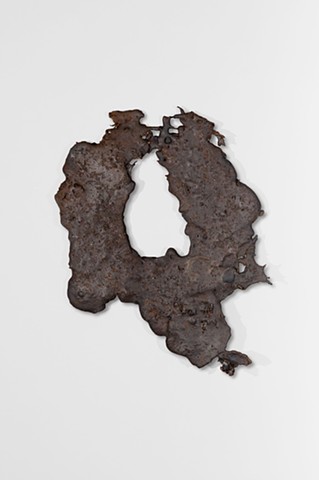 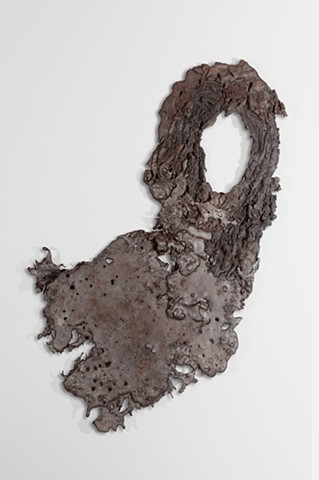 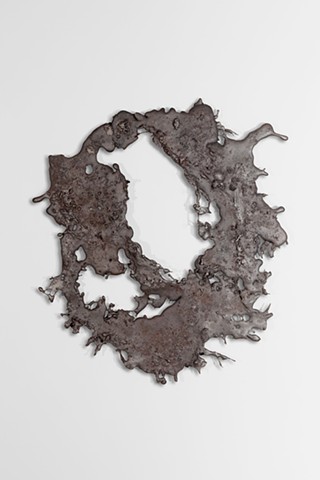 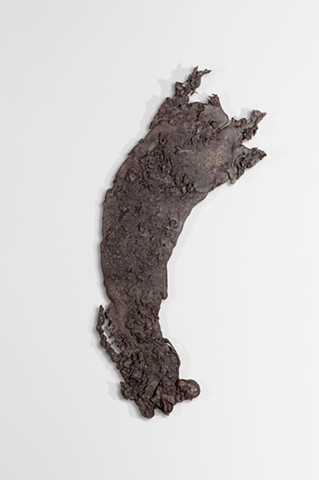 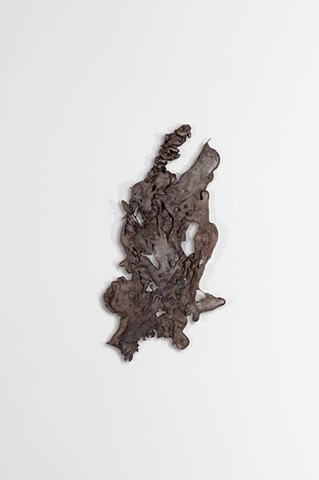 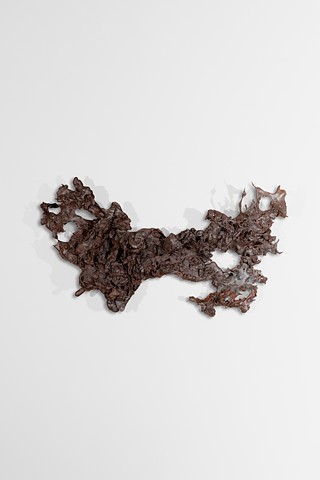 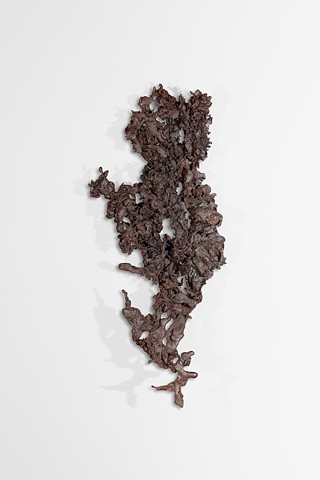 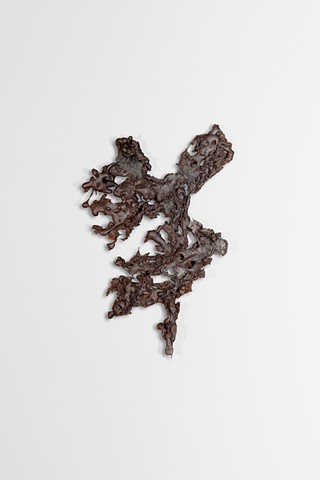 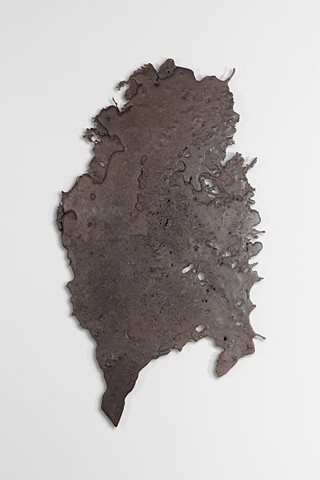 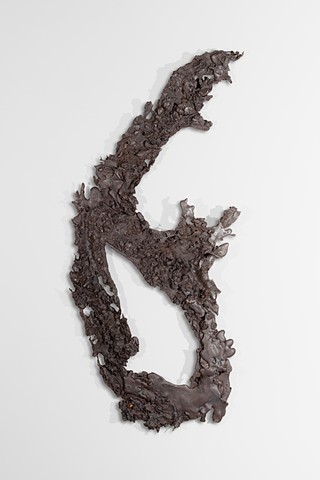 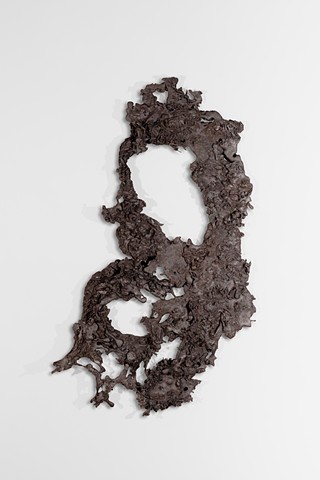 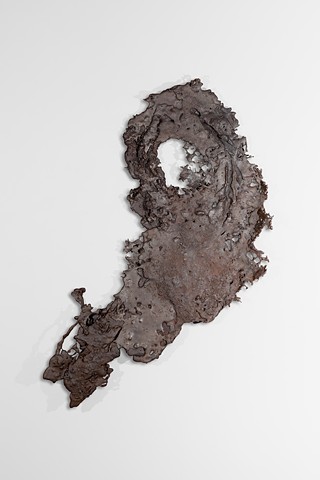 Athena LaTocha created the works in her Mesabi series on-site at iron deposits in the Mesabi Mountain Range of northern Minnesota. The range is known to the local Ojibwe as Misaabe-wajiw, “Giant Mountain” or “Sleeping Giant.” It is the site of one of the world’s largest open-pit iron ore mines, the Hull-Rust-Mahoning. LaTocha cast iron reliefs during a month-long residency, coordinated by the MacRostie Art Center in Grand Rapids and supported by the Minnesota Museum of Mining in Chisholm, where iron mining started in the 1880s and continues today.

The works were cast by the freestyle pouring of molten iron into a bed of sand. This process is an extension of LaTocha’s gestural painting practice, where she pours and throws ink, earth, and other materials onto massive sheets of paper. During the pour LaTocha manipulates the molten metal with various tools much the same way she uses found objects to manipulate pools of ink.

Over the course of her residency, the artist traveled daily across the Mesabi Range between Grand Rapids and Chisholm. By day and by night, she saw piles of mine waste, tailings and overburden, appearing as uncanny mountains along the highways where surface mining operations have reshaped the land and culture. As part of her process, LaTocha works within the traditional homeland of her Lakota and Ojibwe ancestors and considers the impact mining has upon nature, society, and culture.